Today marks the start of International Open Access Week, during which events and workshops are held to discuss and encourage open access publishing. To celebrate, we are highlighting a selection of interesting open access research papers published in Elsevier journals on topics such  as health, environment, personality and culture. In addition, we will share more great research that has been published open access through our social media channels. We encourage you to follow the channels that interest you and or find the posts  via the hashtag #OAWeek.

Basil in, salt out

We are constantly warned to reduce our salt intake in our diet, but do our less salty meal options really measure up in terms of taste? Research published in Appetite used the addition  of herb and spice blends to enhance consumer acceptability of a low salt tomato soup, as it was found that reducing salt by over 40% led to a significant decline in consumer acceptability. The use of herbs and spices did not lead to an immediate enhancement in liking, however repeated exposure did increase  overall liking of the soup.    [divider]

The genius behind genre

Creativity  and personality in classical, jazz and folk musicians

What is the environmental footprint of your ready-made meal?

What does your smile say about you?

"A smile can brighten even the darkest day" - so the saying goes. Does a smile also have the ability to make people cooperate with you in situations which require mutual trust? A study, published in Evolution and Human Behavior, investigated this using video clips of 'trustees' which participants  used as basis to make trust decisions and rate the genuineness of displayed smiles. It was found that smiles rated as genuine strongly predicted the judgements about the trustworthiness of 'trustees', and, in turn, the willingness of the other participants to make decisions which positively affected  them.

How do diseases spread through a public transport network?

Analytical  Modelling of the Spread of a Disease: From Corridors to Transport Networks

Whether it concerns an emerging epidemic or just the annual cold and flu season, there is often much discussion about precautions that can be taken to prevent the spread of viruses across the population. This study analyzed how a disease spreads in a crowd in a corridor, highlighting the relationship  between the rate of infection and crowd density. The researchers also applied their findings to crowd behavior in the London Underground in practice, offering insights into how mobility patterns can be used to improve disease-spreading models.

The changing face of humans over time

Variation  and signatures of selection on the human face

A new study published in the Journal of Human Evolution analyzed 3D high-res images of facial soft tissue to determine why human faces across the globe differ in form. High-resolution analyses revealed that the nose, brow area and cheekbones exhibit particularly strong signals of differentiation between  Europeans and Han Chinese. The study authors suggest that facial morphology over time is influenced by natural selection predisposed by local habitat and/or sexual selection.

Sex  differences in the relationship between white matter connectivity and  creativity

According to the 2012 Employment Census, women represented a mere 36% of the total UK creative industries workforce. Are there gender differences in the way creative cognitions occur? This study, published in NeuroImage, investigated the relationship between the structural organisation of the human  brain and aspects of creative cognition. Results were obtained using diffusion weighted imaging (DWI) and highlighted notable differences between males and females:  in female brains more regions were activated to produce novel, creative ideas at the expense of efficiency; males, in contrast, exhibited  few, relatively weak positive relationships.

Sustainability  labels on food products: Consumer motivation, understanding and use

A study published in Food Policy showed that although consumers often have a vocal concern over the sustainability of our planet, when it comes to actually buying eco-friendly food products, their concerns diminishes. Data was collected by means of an online survey implemented in the UK, France, Germany,  Spain, Sweden, and Poland, with a total sample size of 4408 respondents. Respondents expressed medium high to high levels of concern with sustainability issues at the general level, but lower levels of concern in the context of concrete food product choices. The future use of sustainability labels will  depend on whether this concern can be turned into actual behavior.

Screen media and its effect on the social interaction of preteens

Time away from screen media, with increased social interaction could improve the social skills of preteens. Children aged 11 and 12 spent five days in a nature camp without access to screens and were compared to controls. The results of the study, published in Computers in Human Behaviour show that  the responses of preteens to nonverbal communication such as facial expressions and eye contact improved, a vital skill for social interaction as it enables them to react and adjust their behavior in response to the action of others.

These articles have also been  included in the latest issue of Elsevier's Research Selection for science  journalists.

Researchers have a variety of choices to publish open access with Elsevier. To help you publish and promote your research, we have developed a free guide to publishing open access (PDF).[divider]

Elsevier provides access to all published articles through free media access to ScienceDirect. In addition, credentialed journalists can also get free access to various Elsevier tools and platforms, including Scopus, Mendeley,* SciVal and ClinicalKey.

For more information or to request free media access, contact:newsroom@elsevier.com.

* Mendeley is free to all users, but upgrades with larger storage limits are available to media upon request. 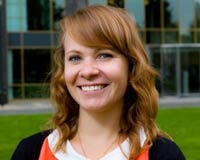 Rachel Martin (@rachelcmartin) is the Universal Access Communications Manager at Elsevier, based in Amsterdam. She is responsible for helping to communicate Elsevier's progress in areas such as open access, philanthropic access programs and access technologies.

Sacha Boucherie works closely with Elsevier's journal publishers, editors and authors  at one end and with science journalists and reporters at the other end with the aim of spotlighting and promoting interesting, topical research articles. She is based in Elsevier's Amsterdam headquarters and holds a master's degree in social psychology at the University of Groningen in the Netherlands.