By Lucie Boudova, PhD - December 19, 2019  7 mins
Ewelina Pabjańczyk-Wlazło, a young researcher and Director of the Interdisciplinary Doctoral School at Lodz University of Technology, presents her letter to librarians about how open science needs to be driven in mutual cooperation. (Photos by Jadwiga Antoniak-Sadlakowska, University of Warsaw)

The rise in digital content – as opposed to physical books and journals – has changed the relationship between researchers and librarians, and the rise of open science means that relationship will change even further.

A recent survey in Poland conducted by Elsevier and University of Warsaw Library asked whether libraries have a role to play in open science development. Some researchers answered that they did not because everything is out there on internet. However, the majority said they believe libraries have an important role to play and that open science — and open access — won’t happen without libraries and researchers working together. 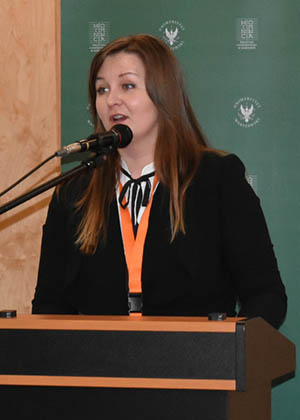 As Ewelina Pabjańczyk-Wlazło, Director of the Interdisciplinary Doctoral School at Lodz University of Technology, put it:

As early career researchers, supervisors and scientific institutions, we should ensure that we implement the concept of OS as soon as possible and as effectively as possible. Mechanisms should be created to stimulate researchers and their training, not only at the level of the university, but also at national, European and global level. Libraries should obtain additional funding as well as greater autonomy and support in promoting OS practice, and researchers should broaden their horizons and acquire new skills that change in line with the socioeconomic progress of the world.

OS implementation cannot take place without the involvement of all parties in the process of its practice.

So what do researchers and librarians need in order to make open science happen? Speakers at the recent Open Science Practices and Perspectives seminar in Poland, organized by Elsevier, had some thoughts about the key parts of the process.

1. Darling, we need to talk: researchers and librarians will make the most progress when they work together. 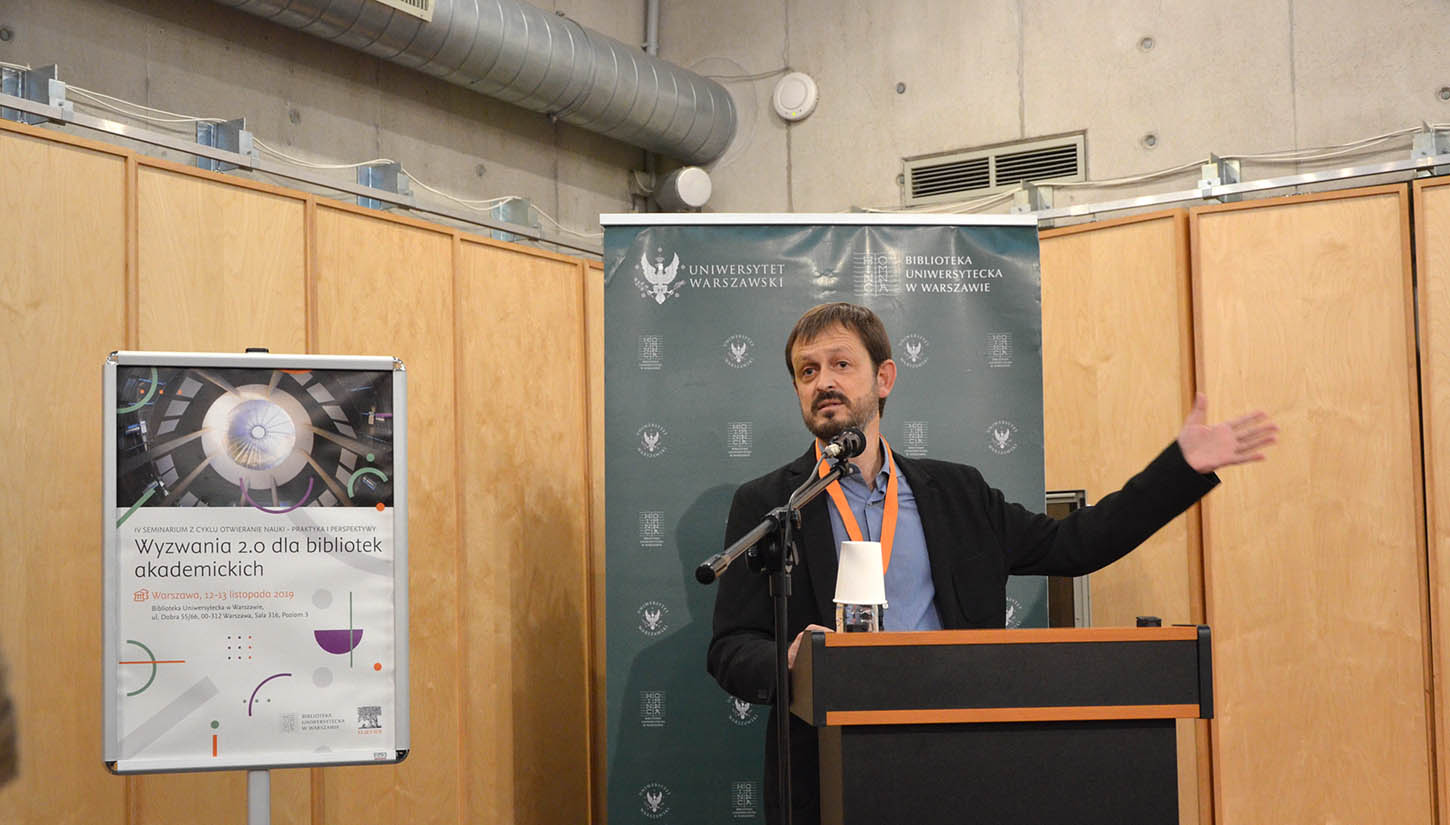 Prof. Emanuel Kulczycki, a renowned expert in research evaluation and Professor of Philosophy at Adam Mickiewicz University in Poznań, questioned the efforts of libraries so far to really unlock open access and open science and maintain a good level of partnership with libraries. For researchers, both open access and open science implementation, along with research evaluation practices, come along as another burden. And it’s not always obvious to them what open science is or what they need to do to be a part of it; many just want to focus on their research.

Pabjańczyk-Wlazło agreed with Prof. Kulczycki but added that libriarians need support in identifying the biggest challenges that researchers face, as well as understanding the facts and myths about open access.

How can that be addressed?

Dr. Ignasi Labastida, Head of Research Support at the University of Barcelona Library and open science enthusiast, suggested two simple principles that would help librairians and researchers establish trust and identify the ways in which they could help each other: that librarians talk with researchers and let them articulate what they need, and that librairies build services where researchers don’t feel burdened but assisted. He commented:

If it’s not very simple, you can’t count on researcher buying it. If you want researchers to put an article in your repository, make one button with which they can do it. Asking them to fill out lengthy forms with data that they don’t know where they even can take it from, or where they have a hard time distinguishing between preprint, post print or final article, will certainly not contribute to your efforts.

2. Start simple and grow with time.

Many university libraries already work closely with research communities. They provide services and tools to progress open access and open science. For others, there’s a learning curve, and it may take some internal wrangling to establish the library’s role.

On the whole, it can be challenging to know where to begin with open science or open access efforts, especially if you don’t already have university support or resources. Part of the aim of the Open Access Science Practices and Perspectives seminar was to address that, and during the event, Dr. Labastida shared some advice:

Where to start? It can start simple. Start monitoring situation, assess where you are, eg. analyze current situation of open access publishing at your institution. Compare it, and further, work on institution to adopt the OA mandate, or monitor it if one is in place, set up plan for research monographs, consider supporting new forms of scholarly publishing, tap into research data. There are publicly available resources, plenty of them, that can show direction, such as Amsterdam call for action on OS.

Elsevier provides a variety of resources for libraries that are developing their open science agenda. For example, Library Connect, with its articles, webinars and other resources, and has comprehensive information on open access and open science. There is also the free Elsevier Research Data Management Academy for Librarians, which includes modules on building stakeholder engagement.

3. It all starts with open access but should not be reduced to it.

When people talk about implementing open science, they often just mean open access. Prof. Kulczycki pointed out that while open access is fundamental to open science, it cannot be reduced to it, as often seen in practice. For example, a repository is a great way to enable open access and creates an opportunity to develop further into an open science tool. To do that, Dr. Labastida reminds us that it needs to be functional and easy, and especially the actions requested from researchers need to reflect the fact that they are already pressed for time.

Representing Digital Commons solutions, Bepress Product Manager Promita Chatterji showed some interesting examples of how repositories embracing open access drive research visibility and innovation, and how this connects to open science concepts such as citizen science: the Claremont Colleges showcase their 2000+ senior theses in their repository Scholarship@Claremont. Among them is Kendyl Klein’s theses, Why don’t I look like her? The impact of social media on female body image. The thesis was cited by Elle Magazine and has now been downloaded nearly 200,000 times by readers in 193 countries. It was also picked up by Cosmopolitan Magazine and The Washington Post, bringing additional visibility not only to Klein and her work, but also to the Claremont Colleges, with three State Departments of Education showing up as frequent readers. That has inspired her to look into the possibility of pursuing the topic of body positivity and social media outreach in an educational capacity. So only does citizen science driven by opening research to wide public support the community, but it actually feeds back to research.

The conference also included a lively discussion about  training in research data management and FAIR data for researchers, who are often required to prepare RDM plans in grant proposals. Some librarians have already requested these trainings because they lack the necessary knowledge or experience. Some institutions have started doing these trainings, but they seem to have an issue to develop a solid plan and framework on how to do this properly so the researchers are fully equipped. Once more, the researchers expect a ready-to-use template solution rather than learn all about RDM, while librarians focus on the need to educate the researchers.

Whereas librairians will be very familiar with research repositories, research data management is more contentious. It’s considered an essential way to increase efficiency, achieve storage and retrievability of data and, importantly, achieve reproducibility to reconfirm trust in science. The need of implementation of research data management is being driven by efforts from the European Commission that embed the duty of RDM as a condition for research funding, and we see other funding agencies doing this too.

But how do researchers cope with that? Despite acknowledging the benefits, they find it to be yet another demanding workflow added to an already overly full plate, according to speakers at the conference. And they may look to libraries or Research, Development and Innovation offices for support, as drafting and implementing a data management plan is not easy.

Dr. Labastida shared some advice for academic libraries on how to get the support set up:

I simply invited researchers to discuss with me how they do it, what they need, and why they need it. From that, we have prepared a template to support researchers in preparation of the RDM plans. Currently, I’m also considering to acquire a professional solution how to store the data.

There are plenty of solutions one can choose from. Elsevier offers Mendeley Data to fullfil that task. To support librarians, Elsevier also recently launched the free Research Data Management Librarian Academy. 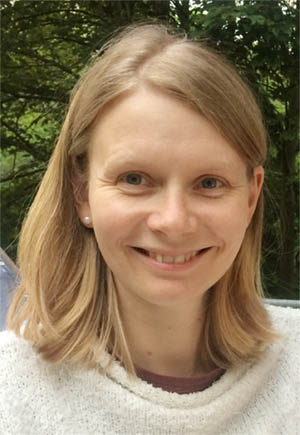 Dr. Lucie Boudova is a Senior Marketing Manager for Central and Eastern Europe at Elsevier, helping customers make the most out of their partnership with Elsevier and navigate in the research information and analytics area. She studied Information Science and Librarianship at Charles University in Prague, where she also finished her PhD thesis in bibliometrics. She was a lecturer of information sciences and bibliometrics at the university and worked as an analyst and manager of research evaluation at the Technology Centre of Academy of Sciences of the Czech Republic. She joined Elsevier during her university studies as a freelance trainer more than 10 years ago, and continued her path there until today.

Open science and the reward system: how can they be aligned?