Large-scale interdisciplinary projects titled Graphene and the Human Brain Project will receive up to €1 billion each ($1.4 billion or £8.5 million) over 10 years as the winners of the European Commission’s Future and Emerging Technologies (FET) Flagships Initiative.

The winners were announced today by Neelie Kroes, Vice-President of the European Commission and High Commissioner for the Digital Agenda for Europe, at a press conference in Brussels. They were selected by a panel of leading scientists, professors, Nobel Prize winners and industrialists.

"We are bringing science and technology together to answer Europe's challenges," Kroes said, "and we are working across borders because we achieve more when we work together."

“I am honored and proud that Graphene has been selected as the first flagship of European research, and assured that our academic and industrial partners are devoted to making a difference for Europe,” said Dr. Jari Kinatet, Director of Nanoscience and Nanotechnology at Chalmers University of Technology in Sweden and the leader of the Graphene Consortium.

Who's in the Graphene consortium?

Led by Dr. Kinatet of Chalmers University of Technology, the Graphene consortium includes the University of Manchester, Lancaster University and Cambridge University in the UK; the Catalan Institute of Nanotechnology in Spain; the National Research Council of Italy; the European Science Foundation, based in France; and industrial partners Nokia from Finland and AMO from Germany. Aside from these core partners, the project will include hundreds of dedicated research teams based at universities in Europe and other parts of the world. 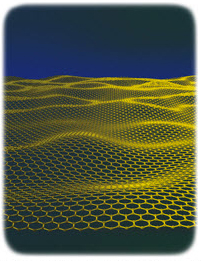 The material first coined as “graphene” in 1987 is a two-dimensional sheet of pure carbon atoms arranged in a tightly packed hexagonal pattern. This new form of carbon sheets has revealed many superlative physical properties, ranging from mechanical strength, low weight, thermal conductivity and optical absorbance to unprecedented electronic carrier capabilities. However, it was never possible to produce graphene — and it still isn’t easy. But in 2004, graphene  was isolated using a novel micromechanical cleavage method (also called the “scotch tape technique”). Pioneering research into this material led to Andre Gaim and Konstantine Noveselov being awarded the 2010 Nobel Prize in physics.

Graphene is essentially a one-carbon atom thick sheet of chicken wire, and it is an equally versatile building material, but at the nano scale. it can be rolled up to make carbon nanotubes, wrapped up into carbon nano balls, or combined with other elements to create new composite materials.

Nanotechnology research into graphene is rapidly evolving into real-world nanotech applications, including flexible touchscreens and ultra-fast transistors (ballistic computing chips), as well as many new derivative materials and new technologies to produce them. The investment in the graphene project will lead to many different cutting-edge research projects in this area, ranging from fundamental research to new production and processing techniques and many new applications.

For an overview of what the Graphene project aims to deliver, see the consortium's presentation and paper: "Graphene-Driven Revolutions in ICT and Beyond." [note color="#f1f9fc" position="center" width=800 margin=10]

View the project papers and videos

Elsevier collaborated with the European Commission to publish the scientific proceedings of the FET flagship projects when they were presented at the 2nd European Future Technologies Conference and Exhibition. Both the videos and scientific papers are freely available in Procedia Computer Science on Elsevier’s ScienceDirect: 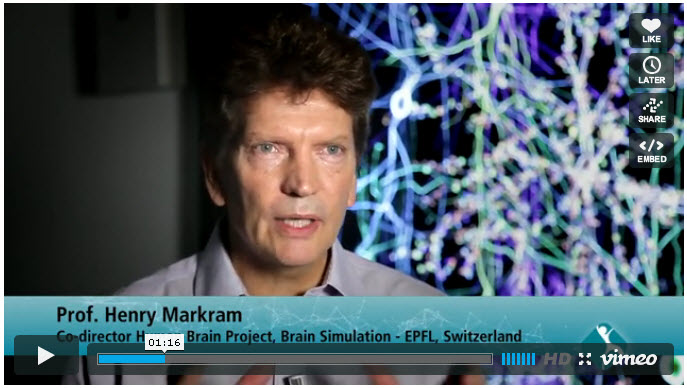 Who’s in the Human Brain Project?

These coordinators are assisted by over 120 academic and industrial research institutes in Europe and beyond.involving many prominent scientists.

What is the Human Brain Project?

To keep on increasing their computing power, microprocessors have been made ever smaller and faster by increasing the numbers of parallel computing elements, along with tons of other improvements. But one can only make things as small as the smallest building block (a molecule), and this approach can face a power wall in the future: power consumption rises with the number of processors, potentially to unsustainable levels.The biological brain is hard-wired completely differently than a computer and “computes” very differently. This beautiful organism manages billions of processing units connected through miles of fibers and trillions of synapses — and it consumes no more power than a light bulb.

Understanding how a brain does this – the way it computes reliably with unreliable elements and the way these different elements of the brain communicate – can lead to many practical results. These include a better understanding of computing, a new category of hardware (neuromorphic computing systems) that could be potentially much more powerfull, and a better understanding of how our brain works, which could lead to better treatment for brain disease.

As a Senior Publisher for Elsevier Computer Science, Sweitze Roffelfocuses on on artificial and computational intelligence and theory. He holds and engineering degree in chemistry from the University of Groningen. He joined Elsevier in 2004 and is based in Amsterdam.