10 ways to feed ourselves after a global agricultural collapse

Various scenarios could disrupt the world’s food supply; here’s how we could survive long-term

People throughout the world feel insecure in our economy. Their concerns are exacerbated by worries about how global catastrophes might affect them personally, especially with the rise in regional turmoil caused by extreme weather and the ever-looming possibility of nuclear war.

Many are trying to become more self-reliant. For example, as solar cells have become cheaper, Americans are putting them on their homes in record numbers to make their own power. Home power is one thing – but as food is such a fundamental human need, this is the area where the change is perhaps the most striking.

According to the USDA, interest in local food is exploding as people buy from farmers markets or start their own backyard gardens. Historically, the best way to ensure a food supply after some major disruption was simply stored food. Many people that use this method as self-insurance call themselves preppers, and the number of preppers in America alone has swelled into the millions.

Feeding Everyone No Matter What 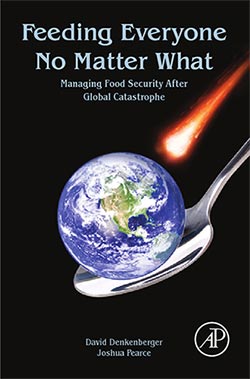 The main solution for food security developed over the last several decades is increased food storage. However, storing up enough food to feed everyone would take a significant amount of time and would increase the price of food, meaning more people would die due to inadequate global access to affordable food.

Humanity is far from doomed, however.

In their new book Feeding Everyone No Matter What, Dr. David Denkenberger and Dr. Joshua Pearce provide an analysis comparing caloric requirements of all humans for five years with conversion of existing vegetation and fossil fuels to edible food. They also present mechanisms for global-scale conversion and an analysis to determine the ramp rates for each option. The results show that careful planning and global cooperation could ensure the bulk of humanity and biodiversity could be maintained in even in the most extreme circumstances. The book is for a variety of researchers, professionals and students in food security, food engineering, disaster management and public health.

Dr. Denkenberger is a technical consultant at Ecova and a research associate at the Global Catastrophic Risk Institute. Dr. Pearce is Associate Professor of Materials Science & Engineering and Electrical & Computer Engineering at the Michigan Technological University.

What could disrupt the food supply?

While food storage is useful for lesser catastrophes such as personal financial trouble or even widespread economic system collapse (assuming a fast recovery), stocking up the pantry will not work for severe catastrophes that could disrupt the food supply. These catastrophes include five crop-killing scenarios:

Of the five crop killing scenarios, a rapid shift in regional temperatures is the most serious. Earth has undergone dramatic temperature fluctuations in the past of about 10°C in one decade, and as emissions continue to destabilize the global climate, abrupt change could become more intense. 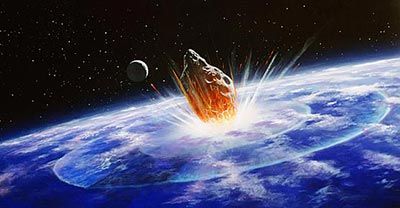 Meanwhile, all the crop-destroying scenarios pale in severity to the sun obscuring scenarios:

An asteroid or comet larger than about 1 km diameter striking the earth has the potential to block the sun globally. Particles in the troposphere (the lower layer of the atmosphere) would quickly rain out, but particles in the stratosphere, especially sulfate, could remain there for years. Similar problems would be caused by a supervolcano.

The nine nations with nuclear weapons (USA, Russia, UK, France, China, India, Pakistan, Israel and North Korea) now possess more than 10,000 nuclear warheads in their military stockpiles. Only a tiny fraction of these (about 50) would be needed to burn targeted cities and have the smoke go into the upper atmosphere. This would not block the sun, but it would cause a near global ozone hole, and the resulting ultraviolet radiation would damage crops. If there were a full-scale nuclear war, like between the USA and Russia, the sun would be mostly blocked and agricultural would collapse. This is called nuclear winter and it would last for five years or more.

Historically, the assumed result of such scenarios where the global agricultural system collapses was a lot of empty stomachs after the first few months, when global food storage would be exhausted. Then simply mass human starvation and even potentially extinction.

Fortunately, this is no longer true.

What could we eat in an agricultural collapse?

We have a completed a major study that looked at alternative food sources given a complete collapse of conventional agriculture. The good news is we have found 10 ways to feed the human population. We attacked the problem as engineers – not farmers or agricultural scientists – by evaluating how society could use existing stores of biomass and fossil fuels and convert them to human edible foods using known technologies. In our book, we provide a wide menu of solutions to select from and calculated how long it would take to transition to the new food system. That is the catch: there are actually two problems society must solve if people are all going to avoid starving to death in the dark cold of one of the sun obscuring scenarios. 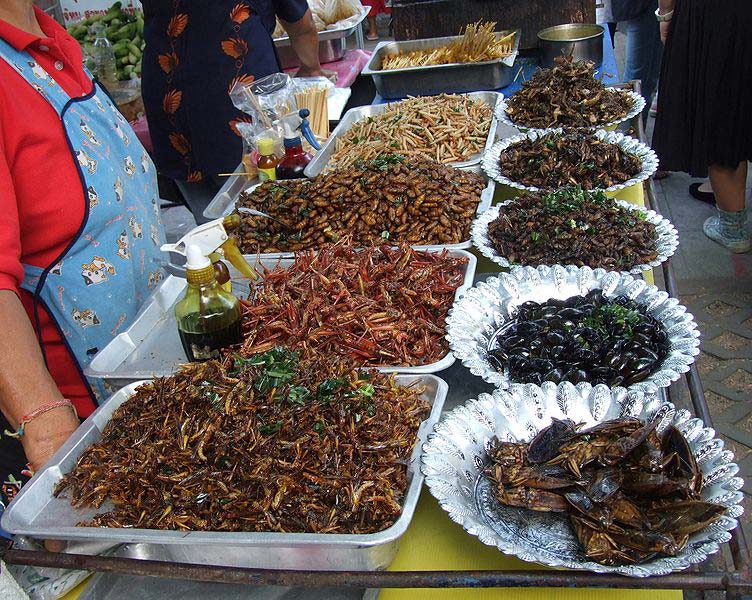 First society needs to bridge the time between running out of stored food (which could range from a few months to a year) and getting the full solutions producing food for billions. We call these fast foods – three main solutions that use non-woody (leaves) and thin tree branches ("thin") biomass. Remember, with no sunlight all the plants and trees are going to die anyway, so we can strip the leaves and twigs for food. The human-digestible fraction of the dry weight of killed tree leaves is approximately 50 percent. Because of all the fiber, the net calories would be relatively small because the digestion of fiber decreases the energy yield from eating food. However, there are three ways around this problem:

So you could drink tea from plant matter that would not normally be used. For example, pine needle tea is surprisingly nutritious – it has 400 percent to 500 percent the vitamin C of fresh squeezed orange juice and is high in vitamin A. 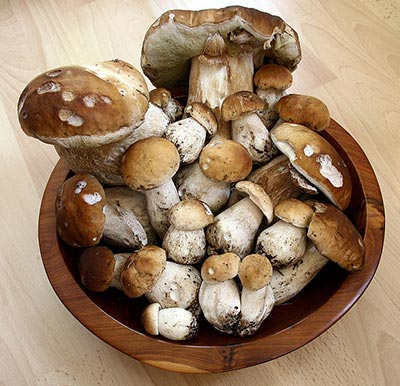 We could also grow mushrooms on this biomass, which most people find rather tasty.

The less palatable fast food solution is humans eating mostly-bacteria-digested thin biomass. If humans only consumed the tea water, the mushrooms (which can digest the lignin) could grow on the leftover material, and ruminants like cows could eat the leftover from that.

The solutions that could keep humanity going for years with no conventional agriculture include increased ocean food production from natural or artificial fertilization; natural gas-digesting bacteria; and conversion of wood fiber by enzymes, mushroom or bacteria growth. Further options involve a two-step process involving partial rotting of fiber by fungi and/or bacteria and feeding it to animals such as beetles, ruminants (cows, deer, etc.), rats and chickens. We perform an analysis to determine the ramp rates for each option and show that they, as a whole, can come online before we run out of fast food. The entire system can form something of an industrial ecology or food web.

It would be hard for individuals or even small communities to ramp up these full solutions. However, careful planning and ensuring global trade and cooperation would allow everyone to eat. We can share open source appropriate technologies, develop plans for mutual assistance, complete the necessary technical research to prepare for these scenarios and ensure we have built up stockpiles of starter kits (e.g., appropriate bacteria, mushrooms, etc.) and disperse them globally.

If we make concrete plans for putting these alternative food sources into action in the event of a major nuclear exchange, we will provide humanity with an insurance policy in the event of global catastrophe. Some critics may say that if society has these food backup plans, not as much work will be done to prevent disasters like nuclear winter or climate destabilization. When people found out about the threat of nuclear winter in the 1980s, they did reduce the number of nuclear weapons. But there still are enough to cause nuclear winter. So we think civilization is much better off having these food backup plans.

With proper preparation, we would even be able to maintain the bulk of biodiversity and be able to feed everyone no matter what. In fact, there will even be a little dietary variety to help keep our bellies full, even in the dark. 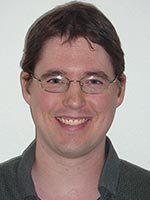 Dr. David C. Denkenberger (also known as "3D") received his BS from Penn State University in Engineering Science, his MSE from Princeton in Mechanical and Aerospace Engineering, and his PhD from the University of Colorado at Boulder in the Building Systems Program. His dissertation was on his patent-pending expanded microchannel heat exchanger. He is a technical consultant at Ecova doing electronics and appliance energy efficiency. He is also a research associate at the Global Catastrophic Risk Institute. He received the National Merit Scholarship, the Barry Goldwater Scholarship, the National Science Foundation Graduate Research Fellowship, and is a Penn State distinguished alumnus. He has authored or co-authored over 30 publications and given over 60 technical presentations. 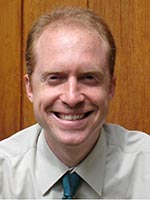 Dr. Joshua M. Pearce received his PhD in Materials Engineering from Penn State University, where he also earned degrees in chemistry and physics. He is an Associate Professor cross-appointed in the Department of Materials Science & Engineering and the Department of Electrical & Computer Engineering at the Michigan Technological University, where he runs the Open Sustainability Technology Research Group. His research concentrates on the use of open source appropriate technology to find collaborative solutions to problems in sustainability and poverty reduction. His highly interdisciplinary research spans areas of electronic device physics and materials engineering of solar photovoltaic cells, but also includes applied sustainability.

He has more than 100 peer-reviewed publications based on his research. Most recently, his group has become well-known for cutting the costs of scientific research by designing open-source hardware after he authored the book Open-Source Lab: How to Build Your Own Hardware and Reduce Research Costs (Elsevier 2013). Read his feature story on that topic for Elsevier Connect: 3D-printing your lab: it's cheaper than you think.