1-minute animation: What is a retinal stem cell?

What is a retinal stem cell? Narrated by Dr. Derek van der Kooy from Stem Cell Network on Vimeo.

The study of retinal stem cells holds great promise for the treatment of diseases of the eye. The two most prominent areas of this research involve:

1. Understanding how to change retinal stem cells isolated from the eye into the various different cell types it contains. It is thought that one day we may be able to expand retinal stem cells in the lab and produce sufficient quantities of mature retinal cells (e.g., rods and cones) for transplantation after injury.

2. Using retinal stem cells as a model to identify novel pharmaceutical compounds that enhance their ability to divide and differentiate into mature cells. Such compounds could be used to enhance the limited regenerative capacity of the eye, and treat ocular disease without the use of cell transplantation.

StemCellShorts are narrated by experts in various aspects of stem cell research who are based in Canada. They are the brainchild of Ben Paylor (@BenPaylor), a PhD candidate in Experimental Medicine at the University of British Columbia, and Dr. Mike Long, a post-doctoral fellow at the University of Toronto.

This and the next four videos are jointly funded by the Canadian Stem Cell Network and Canadian Stem Cell Foundation. They are produced at the Vancouver-based animation studio InfoShots (@InfoShots), with award-winning animator David Murawsky and Emmy-nominated composer James Wallace creating the animations and music. 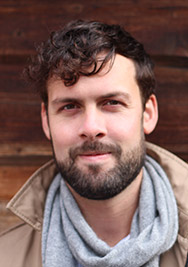 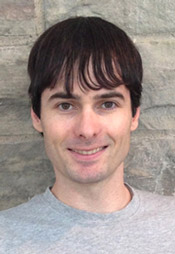 Ben Paylor (@BenPaylor) is a PhD candidate in the Experimental Medicine program under the supervision of Dr. Fabio Rossi at the University of British Columbia. His research focuses on understanding the role of tissue-resident mesenchymal progenitors in repair processes of the heart. He is a 2012-13 Action Canada fellow and 2014-15 Friedman Scholar.

Paylor completed a Bachelor of Medical Science at the University of Western Ontario, which included a 1-year research exchange to Umea in Northern Sweden. After that, he, he completed a Master of Philosophy degree in Cardiovascular Biology and Medicine at Maastricht University in the Netherlands.