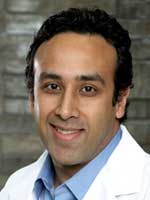 As a science communicator, there isn’t much that is as exciting as moving into a new medium.

This is the third StemCellShort created with funding from the Stem Cell Network. It's narrated by Dr. Mick Bhatia, Director and Senior Scientist at the McMaster Cancer and Stem Cell Biology Research Institute in Hamilton, Ontario, and Canada Research Chair in Human Stem Cell Biology. In his words:

Canada is home to numerous stem cell discoveries and StemCellShorts is an excellent medium through which we can convey these accomplishments to Canadians and others worldwide.  The 'shorts' are innovative, educational and entertaining.

We are currently in Banff for theTill & McCulloch Meetings, where the videos were publicly screened yesterday.

The next set of videos will be on the following topics and are expected to be released in the spring:

Read more about this project on Signals, the official blog of the Stem Cell Network and the Centre for Commercialization of Regenerative Medicine. [divider]

Ben Paylor[/caption][caption align="alignright" width="200"]Mike Long, PhD[/caption]The videos are the brainchild of Ben Paylor (@BenPaylor), a PhD candidate in Experimental Medicine at the University of British Columbia, and Dr. Mike Long, a post-doctoral fellow at the University of Toronto, who pitched the idea for the video series through a Public Outreach Award offered by the Stem Cell Network.

They channeled the $5,000 in seed funding from the award through their Vancouver-based animation studio, InfoShots (@Info_Shots), engaging award-winning animator David Murawsky and Emmy-nominated composer James Wallace to create the animations and music for the films.

The first — "What is a Stem Cell?" — is narrated by Dr. Jim Till, who, along with Dr. Ernest McCulloch, first identified stem cells from bone marrow in 1961. Watch that video and read about the series on Elsevier Connect.