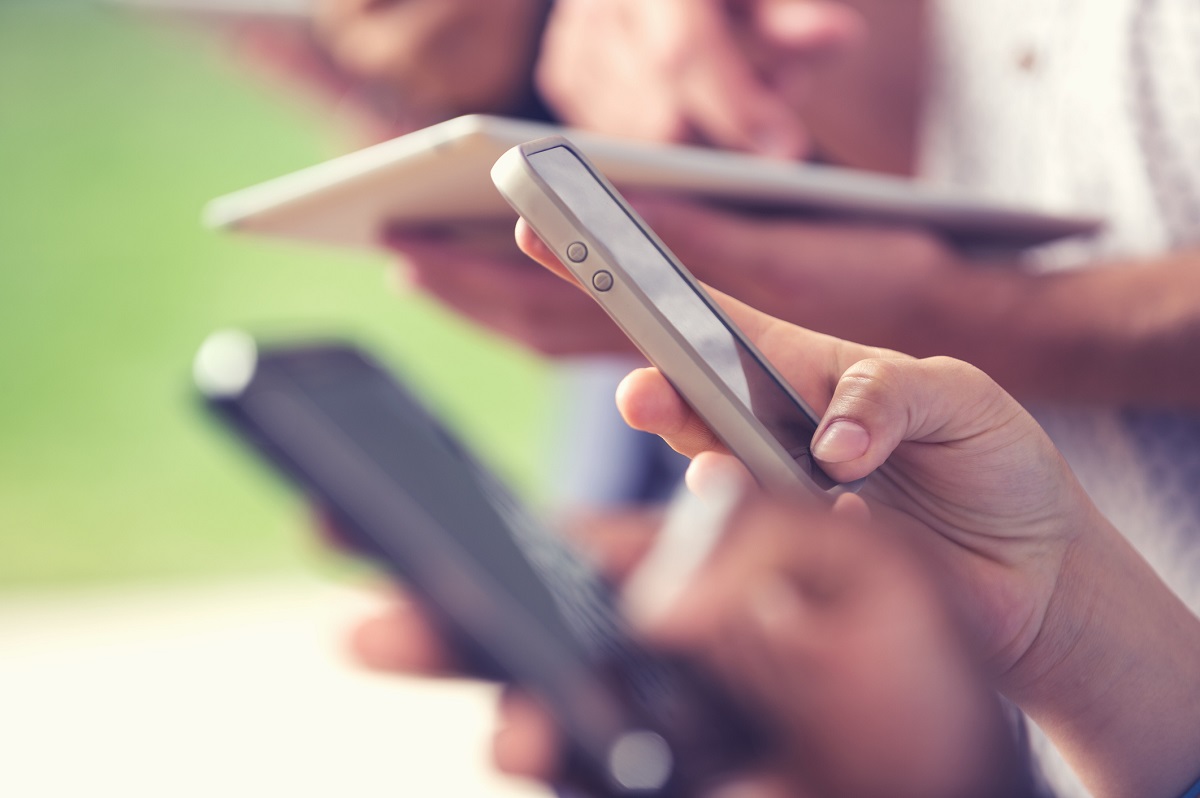 A teenage boy sends a text message to a friend saying he’s sick and heading home to his parent’s house in a neighboring village. The information in his text message is added to millions of other data points that tell the local public health authority where to focus their preventative efforts.  The boy is stopped at the village border, along with many other sick people caught up in a major outbreak. But thanks to the data, the disease is kept out of the village and it stops spreading.

This could be the case for any number of disease epidemics, from Ebola to Zika virus. Knowing where a disease might strike next could help curb the spread of an outbreak, preventing further infections and even deaths. Mobile phone data, such as location data inferred from call records and the information sent in text messages, has huge potential to help understand the movement of diseases and predict where they will occur next.

In a study published in Geoforum, which has won the November 2016 Atlas award, researchers from the University of Exeter and King’s College London in the UK examined evidence of the use of mobile phone data and its potential for tackling humanitarian disasters caused by disease outbreaks.

“There's huge potential to understand the movement of diseases and predict the locations where new outbreaks might occur based on tracking population movements using mobile phone data,” said Dr. Jonathan Cinnamon, the study’s lead author and lecturer in human geography at the University of Exeter.

The team studied two types of mobile phone data: call detail records (CDR), which track where people are calling from and to, and data produced through two-way short message service (SMS), a platform for direct communication and crowdsourcing based on text messaging.

“You can use call detail records to track population movements and see if there's lots of movement from a current outbreak location to some other nearby location, which may suggest there will be a new outbreak in this new location,” explained Dr. Cinnamon. “SMS data really opens up a lot of doors for collecting real-time information from people around a region to understand what sort of resources they require, and to understand cases or symptoms and actively monitor patients over time.”

They carried out a review of previously published studies and carried out in-depth interviews with experts to determine several things: what information could be gathered from the data, the point in the disease disaster management cycle at which the data could be useful, the benefit compared to conventional approaches, barriers and ethical issues. They developed a typology of mobile phone data, including its sources, types and uses, and a decision tree to help people use the data to manage disease disasters.

“Our biggest finding was that we can probably collect this data much more rapidly over much wider geographic locations in potentially near-real time. It allows for much more rapid decision making around disease emergencies,” said Dr. Cinnamon.

What’s now needed is more evidence: examples of situations in which mobile phone data has helped, not just in disease disasters but with humanitarian, development or environmental issues more generally. Understanding what works and where the failures are can help develop the technology further. And with guidelines in place, it will be possible for public health authorities, NGOs and others to use this data without breaching people’s privacy.

“I foresee the technology having real benefits for actually improving disaster management overall, allowing us to much more rapidly identify potential disease outbreak locations, for example, and allowing our disaster responders and health workers to contain it before it actually spreads.”

A conversation with Dr. Jonathan Cinnamon

Listen Now. In this podcast, Dr. Jonathan Cinnamon talks about the potential and limitations of using mobile phone data in the management of disease outbreaks.

Where did you get the idea that mobile phone data could help tackle outbreaks?

There was lots of discussion around how data could potentially be used to better understand the recent Ebola outbreak in terms of population spread and potential movements of people – how they might be taking the virus with them to different locations and how these datasets might be used to understand population movements and therefore outbreaks. Also, how SMS based datasets could also be used to understand population needs and resources and requirements and so on. With the paper we wanted to summarize some of this information for decision makers and disaster management responders to use.

Why is this important now? Are certain factors coming together at this particular time?

The broader hype around big data is certainly bringing lots of discussion around how data can transform society, whether it's for disease outbreaks, understanding movements and migration, or understanding other things around the environment and development. There's also lots of concern and fear around disease outbreaks, and the idea that we need to have some sort of technological solution to try to contain them.

These two things came together with the Ebola outbreak in particular, and that resulted in lots of discussions around how this potential technological solution could help us better understand and contain these scary diseases.

What have been the objections to this?

If we want to use the data for humanitarian purposes, we need to be at least aware of the personal privacy and surveillance implications of call detail records and to use them in a very ethical and considered way. Guidelines are being developed right now for this very purpose.

Focusing on the technological solution to a very complex social, societal issue or problem sometimes diverts resources and attention away from what people on the ground need. During disease emergencies, patient care is something that is clearly a priority. You need to balance the potential for these technologies against immediate concerns during disasters.

What do you think needs to be done in order to realize the full potential of this technology?

We need more use cases of these during emergencies but also as general humanitarian, development or environmental issues. There's lots of potential for these data to be used, not just in disease, but in all sorts of different situations in society. We need more documentation of these use cases around how they worked or didn’t work, how they failed or caused more problems. But also we need guidelines and more guidance from governments, mobile network operators, NGOs and users into how they can be used effectively, efficiently and ethically.

What kind of impact do you think this technology could ultimately have?

I foresee the technology having real benefits for actually improving disaster management overall, allowing us to much more rapidly identify potential disease outbreak locations, for example, and allowing our disaster responders and health workers to contain it before it actually spreads. There's always the fear around outbreaks, but to actually contain that fear may improve international relations between countries. When outbreaks happen in West Africa there's lots of fear around outbreaks happening in foreign countries, and in reality, if we can contain them much quicker we can perhaps improve international relations around data collection on health issues.

What's next for your research?

I'm involved in some work looking at how these data sets can be used for other purposes – to understand resilience and vulnerability around environmental and economic and social shocks, and see if we can use these mobile data sets to reach out to people who are in vulnerable situations. We can collect data quite quickly and hopefully help them out in terms of advice, responding or being more resilient to these types of shocks.

Geoforum is a leading international, interdisciplinary journal that publishes innovative research and commentary in human geography and related fields. Areas of study range from the analysis of the global political economy, through national systems of regulation and governance, to urban and regional development, feminist, economic and urban geographies and environmental justice and resources management.