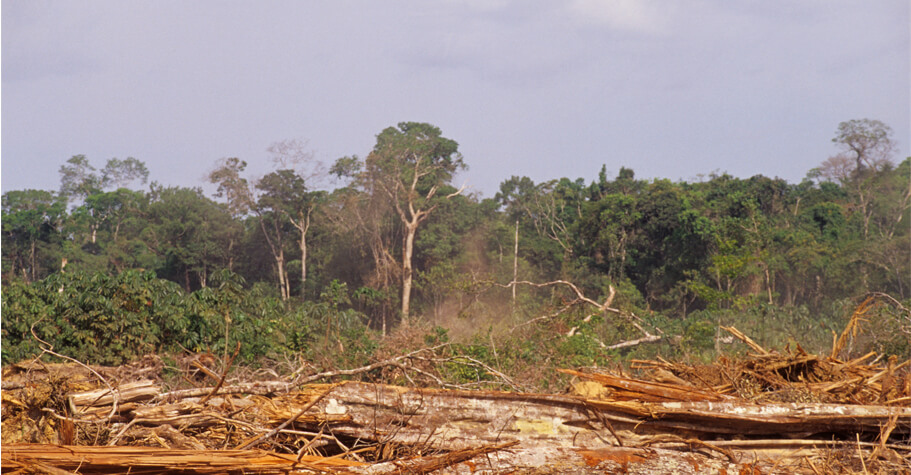 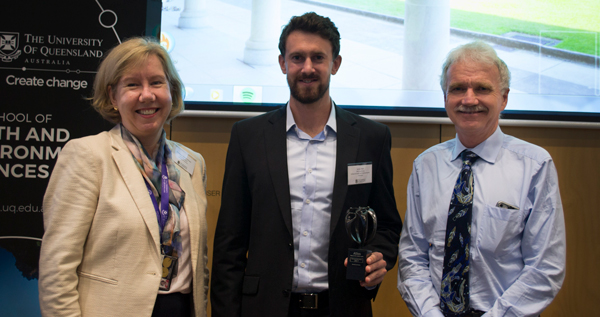 In 1972, the United Nations Educational, Scientific and Cultural Organization (UNESCO) adopted The World Heritage Convention with the goal to ensure that the world’s most valuable natural and cultural resources would be protected for all time and for the benefit of all people. But, according to a recent study reported in Biological Conservation, the world’s most distinctive and biologically important designated Natural World Heritage Sites (NWHS)—from Tanzania’s Serengeti National Park to Brazil’s Pantanal Conservation Area—are increasingly under threat as pressure from human activities mounts and forests are cut down.

“The results are very concerning,” said James Allan from the Centre for Excellence for Environmental Decisions at The University of Queensland, Australia. “Forest loss is occurring in almost every single Natural World Heritage Site across the world. The human footprint – our infrastructure and land uses such as roads and agriculture –increased in two-thirds of the sites we studied. Even more concerning is that 10 or 20 sites risk being damaged beyond repair. If that continues, these places could lose the value that they were listed for—the very things that make them so special are at risk of being destroyed forever.”

“We’d never accept a few pyramids being flattened or the Acropolis being knocked over to put in a farm or a car park,” he added. “Yet, every year hundreds of kilometers are destroyed in Natural World Heritage Sites despite the fact they are given equal status in the eyes of the world.”

The researchers used two newly available data sets to assess changes in human pressure and forest loss over time across a representative sample of terrestrial NWHS. The data show that human pressure has increased in more than 60 percent of the sites in the last 24 years, with Europe as the only exception. The most significant increases in pressure on these distinctive natural areas have occurred in Asia, where many sites have suffered substantial damage.

Forest loss has also taken place in more than 9 out of every 10 NWHS, with the greatest forest losses in the Americas. In Canada’s Wood Buffalo National Park, for example, more than 10 percent of the forest has been lost in recent years.

The researchers identified only a few examples of NWHS that have experienced very little change in the last couple of decades. While NWHS are clearly suffering, the situation outside these protected areas is even worse. The finding suggests the protected status of these sites has had some impact. On the other hand, NWHS and the wildlife living within them are growing increasing isolated.

Allan said it’s important to note that these pressures are increasing all over the world. In other words, it’s not just a problem in developing nations. In light of the findings, the researchers urge the World Heritage Committee to assess the status of the most threatened sites so that urgent interventions can be put into place before it’s too late.

“The world’s most precious natural areas are continuously facing severe threats, including from logging, mining, dams and roads, when they should be granted the highest level of protection under the World Heritage Convention,” said Bastian Bertzky, science adviser for the IUCN’s World Heritage Programme and co-author of the new study. “The analysis can be used to alert managing authorities and the international community, including IUCN in its role as advisory body to the World Heritage Committee, to look into what is causing changes and address issues effectively.”

Members of the public, no matter where they may live, also have a real opportunity to act locally in an effort to tackle this global problem.

“World Heritage Sites are all over the world,” Allan said. “Everyone lives close to one, so take a stand for that. I’m in Brisbane, with the Great Barrier Reef right next to us. It’s in huge trouble and the issue has been very politicized. Members of the public can use their voices to defend it. That goes for anyone in the world. Let your government know that you won’t compromise these places for short-term gain.”

A Conversation with James Allan

We spoke with James Allan at The University of Queensland in Australia about recent increases in human pressure and forest loss at many Natural World Heritage Sites.

James Allan: It’s the highest recognition of protection afforded to a natural area globally. It goes beyond national importance. NWHS are formally recognized through UNESCO as places worth protecting for humanity as a whole. They are the global assets.

Atlas: What led you to question the status of these sites now?

James Allan: We wanted to explore this because of the importance of these sites. They are the jewels in the crown of the conservation movement and should be perfect. We thought given they’re the flagships, if they’re not doing well, what does it say for conservation as a whole? You have to draw a line in sand somewhere…

Atlas: What data was out there for you to look at this issue?

James Allan: We used two data sets with key but subtle differences. The Human Footprint is a map of pressure from humans on the environment, including land uses such as agriculture and pasture, and our infrastructure such as roads, and urbanization. It’s the best product of its kind. We looked at how human pressure has changed inside NWHS over the last two decades. The data is consistent across the world, so the change in South America can be compared to changes in Asia or Europe. The other data set was the Global Forest Watch data which shows changes in forest cover over the last decade.

Atlas: What’s changed in this period of time?

James Allan: We know that there has been an infrastructure tsunami in recent years. There’s been an expansion of infrastructure all over the globe and population increases in Africa and Asia in particular. All these pressures working together—it’s unprecedented really. Our results show that NWHS have been damaged in the process, which is concerning since these are some of the most highly regarded and protected places in the world.

Atlas: What can be done?

James Allan: First we need to understand and acknowledge the true value of Natural World Heritage Sites, then start acting to protecting them at every level. We need the public to understand that these sites are being conserved for the humanity as a whole. We need local and national governments to understand that these aren’t resources to exploit for short-term gain. They are for humanity forever. Then nations need to hold each other to account.

Of course, we can always increase management efforts. The World Heritage Convention and its partner organizations are working hard, but need more support. The final point is funding. UNESCO doesn’t have a big budget, and nations need to step up and fulfill their commitments.

Comment By Vincent Devictor, Editor-in-Chief of Biological Conservation, for the February 2017 recipient of the Atlas

This paper makes significant advances to conservation science and environmental policy because it is challenging three misconceptions of our progress towards better nature preservation. Those are related to space, time, and success.

Regarding space, we tend too much to think about the natural world as divided in two parts. One part would be protected, the other would be made of the rest. This paper shows that even areas benefiting from the most important regulation schemes are vulnerable.

Regarding time, we admit that human pressures are increasing globally, but we tend to ignore where and how fast major changes are occurring. This paper nicely shows that human pressures have increasingly affected some natural world heritage sites but not others. The dynamics of pressure is clearly not evenly distributed in space and time.

The last critical point is about conservation success. We tend to adopt unjustified optimistic or pessimistic posture regarding protected area effectiveness. But the usefulness of protected areas is not a matter of personal beliefs. James Allan and his colleagues demonstrate the need to scrutinize the efficiency of conservation objectives. Their results show that Natural World Heritage sites are absolutely necessary but not sufficient. Overall, this study pleads for adopting a realistic approach to conservation assessment beyond any alternative facts.

Biological Conservation is an international journal in the discipline of conservation biology. The journal publishes articles spanning a diverse range of fields that contribute to the biological, sociological, and economic dimensions of conservation and natural resource management.