As the world population, economy and consumption grow, a complex and multi-dimensional approach is needed to manage a rising tide of solid waste. 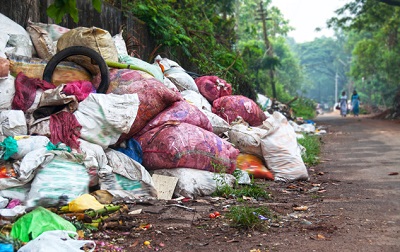 Similar things are happening in cities all over the developing world, day after day. As the world population, economy, and consumption grows, the situation is only getting worse. The question is: Where is this sea of waste going to go? And how is it going to get there?

While these may seem like simple questions to ask, they don’t come with simple answers, say researchers writing in the journal Waste Management. A complex and multi-dimensional approach is needed, taking into account the environment, socio-cultural practices and associated barriers, legal issues, economics, and more.

“I always say when I go to cities, if somebody comes with a magical solution for the waste management situation of the city, be scared about it,” said Lilliana Abarca-Guerrero of the Costa Rica Institute of Technology and Eindhoven University of Technology in the Netherlands. “There are no magical solutions or quick fixes in waste management. There are paths to follow for the prevention, reduction, reuse, recycle and safe disposal of waste.” 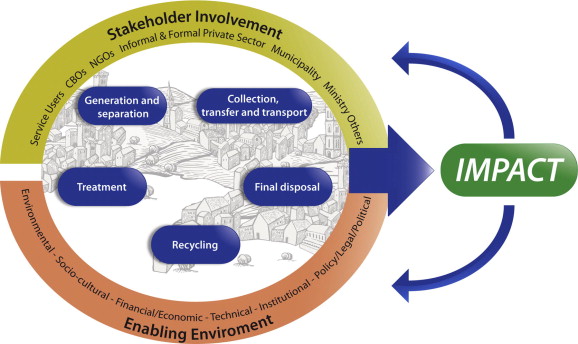 The solution is not simply to import modernized trucks and technologies or to improve roads. Abarca-Guerrero has come to this conclusion after poring through the scientific literature, existing databases, and traveling to 22 countries all over the world on four continents.

Based on an analysis of the data, the Waste Management report outlines the stakeholders to be considered and the basic elements and aspects that must be taken into consideration for a successful waste management system. Some of the key conclusions are as follows:

Ultimately, the challenge is to move waste from one place to another and to address the many factors along the way that influence and potentially interrupt that flow. The awareness and involvement of citizens is an especially critical part of the equation.

“When the community participates together with municipalities, you’ve already solved a big part of the problem,” Abarca-Guerrero said.

The challenges are daunting - the World Bank’s Urban Development department estimates that the amount of municipal solid waste will reach 2.2 billion tons per year over the next decade – but Abarca-Guerrero remains optimistic that progress can be made.

“We don’t need to apply technologies such as the ones used in the developed world, but we can see how the system works and develop our own best practices,” she says. “Maybe in the U.S. or Netherlands, you can use mechanized trucks with totally automated arms picking up everything. We may need a horse and cart collecting the waste if that is what we have internally available.”

The paper, which includes a questionnaire for characterizing waste management in any city, is freely available for download in English. Abarca-Guerrero says she plans to make it available in Spanish as well.

A Conversation with Lilliana Abarca-Guerrero 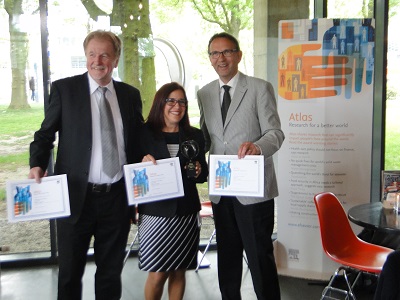 Solid waste management presents particular challenges for cities in developing countries. We spoke with Lilliana Abarca-Guerrero about these challenges, her experiences in Costa Rica, and where solutions might be found.

Note: The following Q&A has been edited for clarity and length.

First, can you give us a sense of the magnitude of the challenges with waste that we face today?
Abarca-Guerrero: We are talking about developing countries because the issue is different in developing and developed countries. Of course, the magnitude is very big. The population is growing and consumption is also growing in many of those economies. We know that consumption is very much linked to the economy. In India and China, for example, which we consider developing countries, they are increasing their income and therefore the amount of waste is also increasing. Scientifically, it’s already demonstrated that there is a connection between income and waste generation. The population is increasing rapidly, especially in the developing world, the waste is increasing, and the challenges are, of course, bigger.

In many developed countries, people often take trash collection for granted. What inspired you to look at these waste management processes around the world in a more detailed way?
Abarca-Guerrero: First of all, we don’t call it trash. We call it waste. Trash sounds like something without any value. Waste sounds like it may have more value. I live in Costa Rica and I’m kind of an environmentalist at heart. I’m a chemist and I started to look into waste management issues in the developing world, and my country is one of those. I would look around and see many, many materials and think, “What is going to happen in future generations? In 100 years, when they say what is this glass doing here. Someone threw that away 100 years ago, and now what are we going to do with it?” I’m always inspired by the environment, and by what I see. That’s why I decided to study these issues. That is thanks to the Netherlands and to Sweden [where I did my studies.] When I came back to Costa Rica, I decided I wanted to work on this topic because very few people were.

You mentioned that you were involved in creating a national plan for waste management in Costa Rica. Can you tell us more about that?
Abarca-Guerrero: It was a capacity building activity for me. I worked with civil engineers and biologist, technicians, professionals, and academic people. In some way I nurtured myself in all the thoughts that they had. Waste management is about participation of communities, it’s about setting up rules, and also it’s about the political scene and financial capacities. You cannot only think about one line but many, many lines of thoughts and the agenda of many different people. It’s a different way of thinking.

How did the plan you helped to develop change things in Costa Rica?
Abarca-Guerrero: Now you are touching on a very important issue. In many countries where I worked, it’s easy to get money for an assessment to understand what the situation is. The problem is that is just the first step. Later on you have to implement the plan. You need funding and regulation in place. You need the right institutional setting and technologies. It takes a long time for people to change their behaviors. In Costa Rica, we did the study but we didn’t have the money to implement. These kinds of studies have been done everywhere, but in many cases around the world, implementation of the plans is not funded and they end up in a drawer.

You say that technology isn’t the answer. What will the solution ultimately look like in developing countries?
Abarca-Guerrero: If you look to the North, you see the technologies and the city is very clean. It’s easy to think it’s because of the equipment. But we could have the same cleanliness with more appropriate equipment. But you must work on many different fronts: technical, financial, institutional, socio-cultural, legal and environmental.

In Sierra Leone, for example, they instituted a once-a-month clean city program. Everybody brings waste to central points and trucks collect all the waste the next day. Then the city is totally clean. The system works, but then in the following days everybody goes back to old habits. The big challenge is to keep the system working.

Once in the Netherlands, there was a strike of waste collectors. The cities in the Netherlands looked much like the developing world and you realize cleanliness have to do with the performance of the system as a whole system. If one parameter is not working in waste collection, it will look like the developing world in that moment. You need to tackle all of those parameters to impact waste management system performance, not just one or two.

Thank you, Lilliana, for talking with us today.

Waste Managementis an international journal devoted to the presentation and discussion of information on the generation, prevention, characterization, monitoring, treatment, handling, reuse and ultimate residual disposition of solid wastes, both in industrialized and in economically developing countries.

WASTE Towards sustainable improvement of the urban poor’s living conditions

What a Waste: A Global Review of Solid Waste Management from the World Bank