There's an app for that

For people with epilepsy, smartphones can detect seizures, track medications and more

For people with epilepsy, abnormal activity in the brain leads to seizures. While many people with epilepsy can control those seizures with medication, those unpredictable and involuntary changes in behavior and consciousness can be limiting for others. And that’s why neurologists writing in the International Journal of Epilepsy are so excited about that smartphone in your pocket.

Lakshmi Narasimhan Ranganathan and his colleagues at the Madras Medical College Institute of Neurology in India surveyed the mobile applications available for the everyday care of patients with epilepsy. Those apps include seizure diaries as well as medication trackers with reminders to take the next pill. Apps are available to answer any question patients with epilepsy might have and to remind doctors about drug interactions to watch out for. 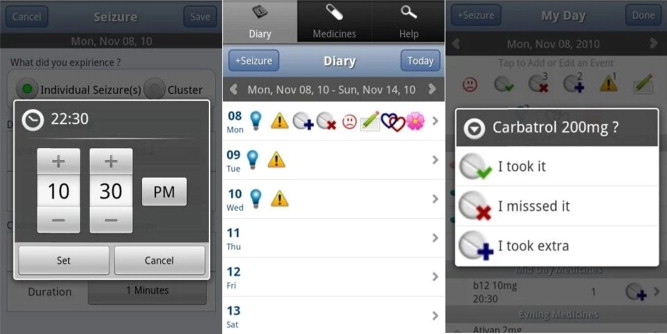 Even more impressively, a free app called Epdetect can sense the jerking motions characteristic of a seizure and automatically set off an alarm, alerting caregivers and/or doctors that there’s a problem. With the built in GPS, the phone can even send help.

“Almost all smartphones have a built in GPS,” Ranganathan said. “They have motion detectors or accelerometers. All of those gadgets if properly integrated into a program for epilepsy management can help quite a lot. That’s why we got interested. Mobile phones have everything you need.” 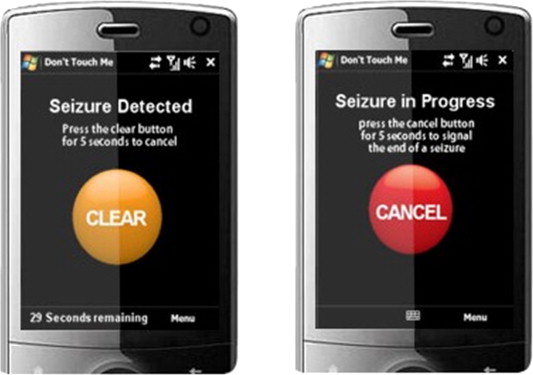 Ranganathan is already encouraging his patients to take advantage of these technologies. In the future, he predicts smartphones will be capable of much more. Already, researchers have shown it’s possible to monitor electrical activity in the brain with a headset that sends the EEG signal directly to a smartphone. Continuous EEG monitoring could detect the spikes in activity that typically precedes seizures, to alert patients in advance.

The authors say that special sensors integrated into cell phones might allow continuous drug monitoring too. Rather than taking anti-epileptic drugs all of the time and suffering their cognitive side effects, people might take those drugs only when a seizure is coming on.

“People with epilepsy may have a seizure today and another in a month but they are taking drugs all the time,” Ranganathan said. “If there were a monitor to inform patients of a seizure, then they could take a dose of medication at that time alone.”

Many people already consider it hard to imagine life without a smartphone. But the potential for smartphones to improve health and healthcare is just beginning to be realized.

A Conversation with Lakshmi Narasimhan Ranganathan

In this podcast we are speaking today with Lakshmi Narasimhan Ranganathan at the Institute of Neurology Madras Medical College in Chennai, India about the application of mobile phones in epilepsy care.

How are mobile devices already changing medicine?
Mobile phones are ubiquitous. Everywhere they are present. But the impact on the medical field is just now starting to gear up. There are several apps available for the neurologist. You can check the dosage of a medication or check for drug interactions. Or there are other apps available for neurologists like color vision charts. These are available and neurologists have started using that.

What got you interested in this mobile revolution in medicine particularly for people with epilepsy?
You know about 65 million people suffer from epilepsy—almost 1 percent of people below the age of 20 and 3 percent of the population. Most of the patients right now have mobile phones in their possession. Thirty percent of patients who have epilepsy are refractory to medication. Also almost all smartphones have a built in GPS. They have motion detectors, accelerometers. All of those gadgets if properly integrated into a program for epilepsy management can help quite a lot. That’s why we got interested. Mobile phones have everything you need.

How are people with epilepsy making use of apps and mobile devices?
Right now there are mobile apps available in two categories: apps for patients with mobiles and for healthcare professionals. For patients, there are seizure diary apps and apps full of epilepsy information. Whatever they want to know about their epilepsy is available as a mobile app. There are apps to track medications and to send reminders to take medication. There are apps for use in an emergency. You can press a button before losing consciousness with a seizure. The moment you press the button you automatically reach the caregiver and the doctor. These are absolutely available right now and we are telling our patients to use it.
Mobile phones also have the ability to detect a seizure based on the pattern of jerks and automatically deliver an alarm. There used to be some false alarms. But if a patient is conscious, he or she can press a button and there is no false alarm. Also by virtue of GPS, smartphones can also give the location. These apps are absolutely available for patients to use.

Where do you think this is headed into the future?
In the future, I expect there will be thematic mobile phones specifically for people with epilepsy or diabetes, for example. Starting from the detection of a seizure, the app will inform the physician about the seizure. Mobile phones could also continuously monitor the EEG. Before the onset of a seizure, you get certain spikes in an EEG. There could be spike detector alarms so that the patient—even before he develops a seizure—can be alerted that a seizure is likely because of the electrical behavior in the brain. I’m also looking at automatic drug monitoring devices similar to continuous glucose monitoring for people with diabetes. People with epilepsy may have a seizure today and another in a month but they are taking drugs all the time. If there were a monitor to inform patients of an (impending) seizure, then they could take a dose of medication at that time alone. I think this will be the future because that will protect against cognitive side effects. We won’t be loading patients with drugs everyday.
In the future, we will precisely predict when a seizure will happen and a drug will be given at that time. This is going to be the future.

About the International Journal of Epilepsy

The International Journal of Epilepsy is an international peer-reviewed journal of epilepsy published by Elsevier on behalf of the Indian Epilepsy Society. The journal’s mission is to improve epilepsy care and epilepsy education for physicians globally.

Mobile cellular subscriptions around the world from The World Bank

Spotlight on epilepsy from the Centers for Disease Control and Prevention