Quenching the world's thirst for seawater 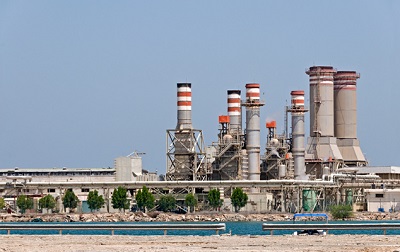 Of course, you can’t just drink a glass of water straight from the sea. But it is possible to use water from the ocean once the salts are removed. In fact, desalination plants already provide much of the water used by people in many parts of the world, especially in Israel, Saudi Arabia, and Australia.

Climate change is only increasing the demand for desalinated water as greater evaporation and rising seas further limit freshwater supplies for a growing world population. But desalinating water today comes at a very high cost in terms of energy, which means more greenhouse gases and more global warming.

Researchers from the University of Malaya’s Nanotechnology and Catalysis Research Center in Kuala Lumpur in Malaysia say in the journal Desalination that carbon nanotube (CNT) membranes have a bright future in helping the world’s population meet the need for purified water from the sea.

“Currently, about 400 million people are using desalinated water and it has been projected that by 2025, 14 percent of the global population will be forced to use sea water,” said Md. Eaqub Ali, corresponding author of the paper presenting the current problems and future challenges in water treatments.

Existing desalination plants rely on reverse osmosis, vacuum distillation, or a combination of the two, he explained. But those methods are energy intensive, and that’s where the potential for carbon nanotube membranes comes in. 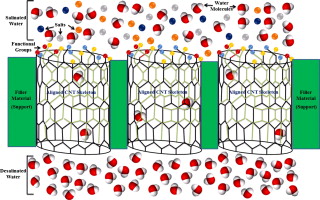 Carbon nanotubes are teeny tiny hexagonal tubes, made by rolling sheets of graphene, said Rasel Das, first author of the paper. They require little energy and can be designed to specifically reject or remove not only salt, but also common pollutants.

“The hollow pores of the CNTs are extremely, extremely tiny,” Ali said. “However, because of their amazing chemical and physical properties, they allow frictionless passes of water through the pores, but reject most salts, ions, and pollutants, giving us purified water, probably in its best form.”

That frictionless property is what gives CNTs the potential to purify water with so little energy. And carbon nanotube membranes come with other perks, Das added, including self-cleaning properties.

“What makes CNTs special is that they have cytotoxic properties,” he said. That means that the membranes naturally kill microbes that might otherwise foul up their surfaces. As a result, carbon nanotube membranes have the potential to last longer much longer than those in use today.

There are hurdles yet to overcome, co-author of the paper Sharifah Bee Abd Hamid said. The CNT membranes themselves are now costly to produce, especially for large-scale uses. Research is also needed to produce the membranes with pores of a more uniform distribution and size.

“Most progress in desalination research is focused on demonstrating the capability of CNT membranes at a small scale,” she said.

For larger scale operations, work is needed to produce CNT membranes on thin films or fiber cloth composites. Getting CNT membranes ready for use will require effort on material design, operational requirements, and more.

If someday, these membranes can be put to use in water-filtering pitchers or bottles, “to directly treat salty water at point of use,” Hamid says, “it is a dream come true for many.”

Only 2 percent of the water on Earth comes in the form of freshwater. Of that 2 percent, 70 percent is snow and ice, 30 percent is hidden underground, and less than 0.5 percent is found in surface waters including lakes, ponds and rivers.

A conversation with the authors 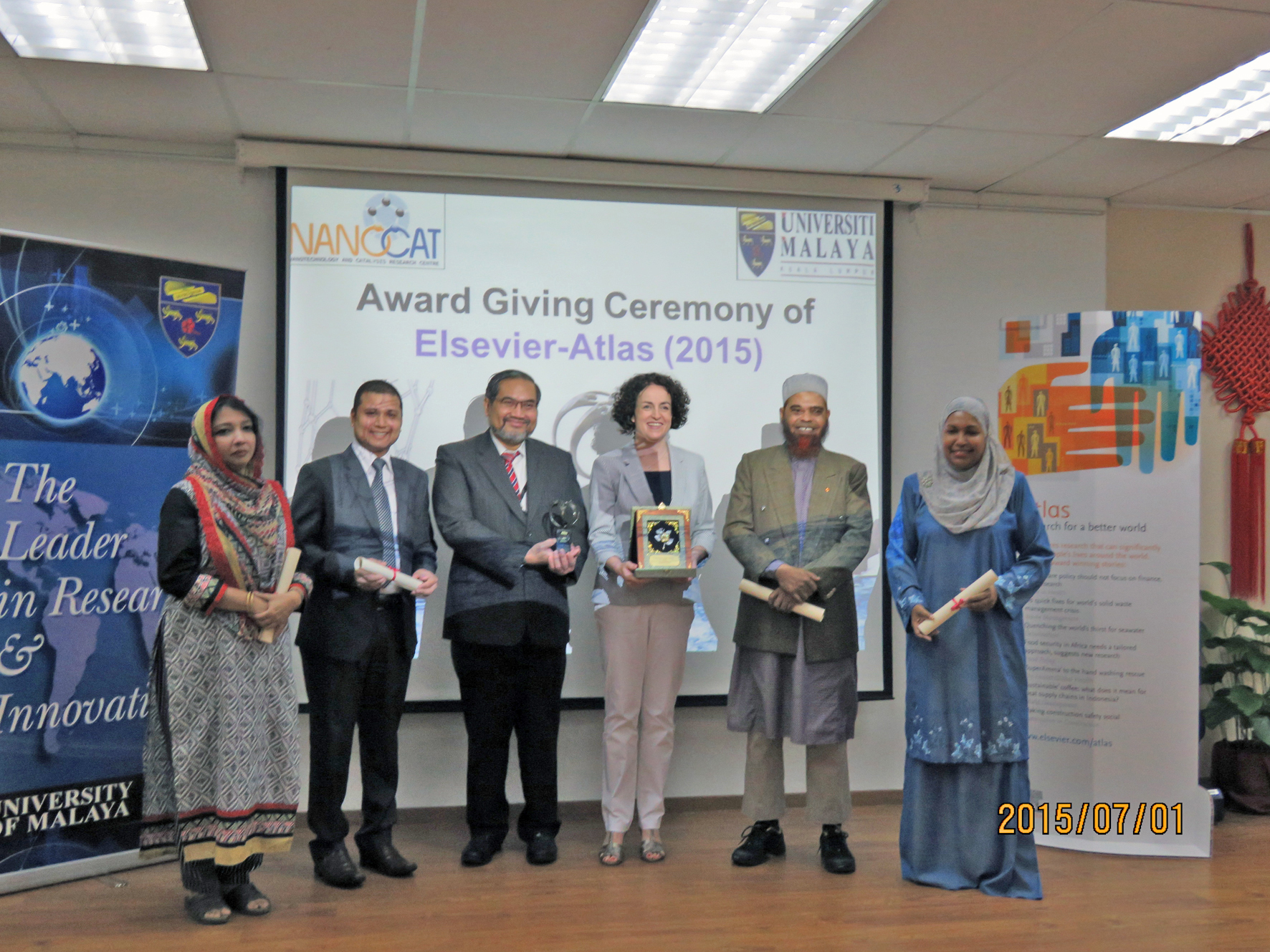 Global warming and climate change threaten the world’s already very limited supply of freshwater. New water treatment technologies are desperately needed to enable the purification of seawater in a less energy intensive way. We spoke to Md. Eaqub Ali, Rasel Das, and Sharifah Bee Abd Hamid at the Nanotechnology and Catalysis Research Center about these issues and the potential they see in carbon nanotube membranes for addressing this issue.

Note: The following Q&A has been edited for clarity and length.

How serious is the situation that we are facing when it comes to water?
Md. Eaqub Ali: According to the World Bank, currently, 1.6 billion people are living in countries and regions with an absolute water crisis and the number is expected to rise to 2.8 billion people by 2025.
Some coastal and low lying areas such as Bangladesh, Maldeep and parts of India and Sri Lanka are already facing massive sea water intrusion and increased salination in their estuaries, rivers, lakes and other forms of surface water. Much of the developed countries including the US, Canada, Australia, and Europe have to cope with droughts and on growing risk of storms, floods and forest fire. Asia has already been the worst region of storm, flood and drought stricken area of the world with poor infrastructure facilities to cope up the on growing stress.
Everyday persistent and newly emerging pollutants such as engineered nanomaterials, pharmaceuticals and personal care products and endocrine disruptors are penetrating the environment. Thus the overall situation is at the red zone. This is a high time for the scientists and policy makers to seriously address the issue before letting it go beyond our control.

One of the challenges when it comes to desalination is the energy required. How can carbon
nanotube membranes help?
Md. Eaqub Ali: The interior pore surface of CNTs is hydrophobic, which allows water molecules to pass through the pores with minimum friction, eliminating the need of much energy. The tips of the tubes could also be functionalized with various chemical and receptor, which act as gatekeepers to selectively trap, reject or breakdown a particular pollutant or the most common pollutants.

Another advantage of these membranes is that they are self-cleaning, correct?
Rasel Das: Yes, CNT membranes are able to self-clean. Self-cleaning is a challenge to reverse osmosis and other water purification technologies. What makes CNT special is that it has cytotoxic properties. It hinders the growth of microbes in the CNT membrane, which inhibits biofouling and increases
membrane lifespan. Therefore, CNT membranes are highly reusable as compared with other advanced membrane technologies.

How far along is this carbon nanotube technology?
Sharifah Bee Abd Hamid: To the best of our knowledge, CNT membrane technology for water desalination is still at the development stage. No commercial unit has been announced. However, tremendous progress has been made to demonstrate the ability of CNT membranes to remove salts in water, and the cost of producing CNTs has come down dramatically. Technical challenges do still exist.

Could we find these CNT membranes one day in our Britta pitchers or water bottles?
Sharifah Bee Abd Hamid: If we can use CNT membrane technology to directly treat salty water at point of use, indeed it is a dream come true for many. Imagine, if we could benefit from CNT membranes at our convenience, and from our localized position. This is a “wish” for not just public but also other stakeholders.
CNT membrane technology to treat salty water is flexible, and does not require much energy. For small quantities, perhaps no energy would be required at all to flow salty water through a CNT membrane bed.
CNTs can support a point-of-use treatment philosophy to give potable water instantly, but there will be issues to address. It will be important to ensure quality fresh water and acceptable throughput. We don’t want to have to wait an hour for a glass of water.

How much and how soon do we need to rely on salt water for human use including drinking, irrigation, and other uses?
Rasel Das: Although 71% of the Earth is covered by water, only two or three percent is accessible fresh water for all. Due to tremendous uses of fresh water for drinking, irrigations, households and industry, freshwater habitats are disappearing at an alarming rate. Moreover, pollutants have constantly degraded our finite fresh water resources. Consequently, now 47 countries are water-stressed, many of them in Africa. There is an urgent need to purify available salt water and its failure might further endanger life processes and eco-friendly human existence on Earth in the near future.

What was your hope in writing this review?
Md. Eaqub Ali: Climate change and global warming are either impossible or extremely difficult to control. Hurricane Katrina, recent floods in Malaysia, the Philippines, Pakistan, all are the outcomes of climate change and global warming.
We cannot control them. Thus, the problems are huge and going to affect mass population at the global scale for a long time span. Precaution, prevention and solutions are of urgent need but we cannot do it alone. We understood our limitations, logistic supports and strength to fight the threats. Therefore, we wanted to take the message to the larger population and involve them in fighting the upcoming challenges. We wanted to identify potential candidate materials by assessing their features, limitations and promises for the development of a sustainable water purification technology.
We’ve identified engineered carbon nanotube membranes. Please note: I said engineered - this means we have to bring some new properties into them. But CNT membranes have the potential to effectively desalinate and decontaminate most of the persistent and newly emerging water pollutants and salts. We believe we are successful in bringing the matter to the scientific community and policy-making bodies.

What did the Editor-in-Chief of Desalination, Nidal Hilal, have to say about the work?

The available supplies of water are decreasing due to increased population growth, low precipitation, competing demands from industry and more stringent health based regulations for agricultural and urban development. We have to seek alternative sources of water such as seawater, storm water, wastewater, and industrial wastewater. Membrane filtration is considered among the most promising and widely used processes for water treatment and desalination…Carbon nanotubes (CNT) have shown great potential in water, wastewater treatment and desalination as they have many attractive key physicochemical properties with the ability to be functionalized to enhance their affinity and selectivity.

Nanotechnology and Catalysis Research Centre at the University of Malaya