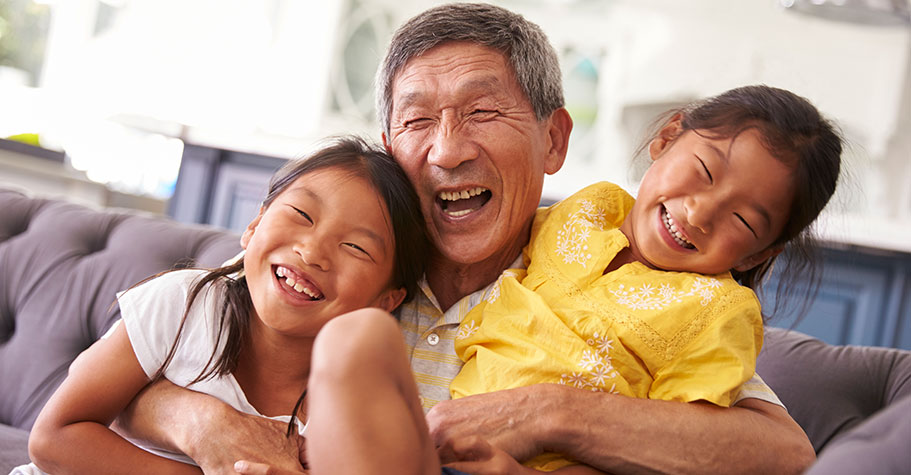 Caregiving within and beyond the family is associated with lower mortality for the caregiver: A prospective study

On the quest for a longer life, people look to medical innovation, special diets and stress-reducing meditation for ways to stay healthy. But something else could be having an impact too; it seems grandparents who provide care for their grandchildren live much longer than those who don’t.

In their Atlas Award-winning study in Evolution and Human Behavior, researchers from Switzerland, Germany, and Australia tapped into data collected over two decades to find out what effect – if any – caring for others had on life expectancy. The results were striking: half of the grandparents who looked after their grandchildren lived about five years longer than those who didn’t.

“Some studies have shown that helping people is good for your health and I wanted to know if it helps you live longer,” said Dr. Sonja Hilbrand, the lead author of the study from the University of Basel in Switzerland. “I was interested in studying grandparents who provide care for their grandchildren and I also wanted to explore whether people without children or grandchildren get benefits from looking after others.”

The data Dr. Hilbrand and the team analyzed came from the Berlin Aging Study, in which more than 500 people were interviewed between 1990 and 1993 and followed until 2009. They looked at whether there was a link between caring for others and longevity in three groups: grandparents, older adults with children but no grandchildren, and people without children.

Dr. Hilbrand believes the reason for this association between looking after others and living longer reaches back many generations: “I think it's a very deeply rooted human behavior that has helped our species to survive,” she explained. “But we still carry out the same behavior today; when I look at the world and the news every day, I think pro-social behavior is more important than ever. It’s already known that being socially engaged and having contact with others might have positive effects on health, and our study suggests this has an impact on longevity.”

Although striking, the results don’t prove that helping others can make you live longer – they show a link between helping others and living longer. They also don’t explain why helping others might have an impact on longevity. The team is now analyzing the same dataset to see if grandparenting and helping others affects people’s health in later life, which translates into the longevity effect.

For Dr. Hilbrand, the potential impact of helping others on health and longevity is particularly significant for older people who have no children and who are socially isolated. “This is a vulnerable group that is growing as fertility rates decrease in Europe,” commented Dr. Hilbrand. “They often get isolated as friends or siblings pass away and their social network shrinks.

“I hope our study helps motivate them to engage in prosocial behavior in their communities. By supporting others with their accumulated knowledge and experience, they are a valuable part of society while doing something good for their own health.”

The Evolution and Human Behavior study hit the headlines in December 2016, with stories in the news around the world. Here is a selection of the coverage.

A conversation with Dr. Sonja Hilbrand

Could caring for your grandchildren help you live longer? A study in Evolution and Human Behavior suggests that it might. The research reveals a link between helping others and living longer – one the researchers now want to investigate further. We talked to author Dr. Sonja Hilbrand to find out what she thinks is behind the association, and why it’s significant today.

In this podcast, Dr. Sonja Hilbrand talks about the link between helping others and living longer. Listen now.

Why did you look at this topic?

How did you approach this?

I was looking for a rich dataset and I found one in Berlin – there was already a lot of information about grandparents, their children and grandchildren, as well as about their health and socioeconomic status. The study was longitudinal; that's very essential because you have to know about the mortality of the participants. That's something that is impossible to obtain within only a few years of research, so I needed a database that already existed and covered all the information I needed, including mortality.

What were your findings?

The main finding is that for the grandparents, older parents with children but no grandchildren, and childless people in our study, there was an association between helping others and longevity. The results were really striking: those who cared for others lived quite a lot longer than those who did not.

Half of the grandparents who did look after their grandchildren lived about ten years after their first interview for the Berlin Aging Study, compared to approximately five years for those who did not care for their grandchildren. We saw the same numbers for older parents, with children but no grandchildren, who gave practical help to their adult children. We also found similar results for people without children, who lived for about seven years after the first interview if they supported others, and approximately four if they didn’t. That was quite a big difference and we were really surprised about this result.

Why is this important?

Grandparenting has been a very important human social behavior since ancient times. It is hypothesized that grandparenting is one of the driving forces underlying human longevity. The theory poses that when there were ancient grandparents, especially grandmothers, helping with childcare they were helping their own children to have more surviving children in an environment that probably was pretty harsh to survive for humans.

We were interested if this effect is still measurable today. In Europe today, we are living in quite a safe environment – we don’t need to hunt for food or get eaten by animal predators, but I was interested to see if the effect was still there. Also, for today's grandchildren and their parents who are working, I think it's good to have grandparents around and helping. For the group without children and grandchildren, it was important to see if helping has an effect for them. It’s already known that being socially engaged and having contact with others might have positive effects on health, but we were interested if this also transmits into longevity and obviously it did in our study.

What were the limitations of your study and what else could you look at?

The main thing is that our study does not show that helping others makes you live longer. We could only calculate probabilities for the three groups, which do not say anything about individuals in their personal context in life. Moreover, there are a lot of things we could not control, for example, people’s motives. There is some evidence that if you're helping others because you want to have something in return, that is probably actually canceling out the effect of longevity. Also, we could not control for parents’ health or their working status. And we only had data from Berlin, so we can't really say anything about cultural differences, which would be very interesting to study.

Would you recommend that people make changes to their lifestyles to benefit from these findings?

Yes, I would recommend it very much but the main point is that every individual has to know for him or herself how much social engagement is good for them. If you have a lot of people around you who need help, you really have to know how much help and how much engagement is good for you. It could be that helping too much could decrease longevity again, and that would not be the point.

In our first study, we just found that helping people is associated with longevity, but we don't actually know why. We are now using the same dataset, looking at if grandparenting and helping others affects your health later in life, which then translates into this longevity effect.

I think it's a very deeply rooted human behavior that has helped our species to survive. But we still carry out the same behavior today; when I look at the world and all the news every day, I think pro-social behavior is more important than ever. 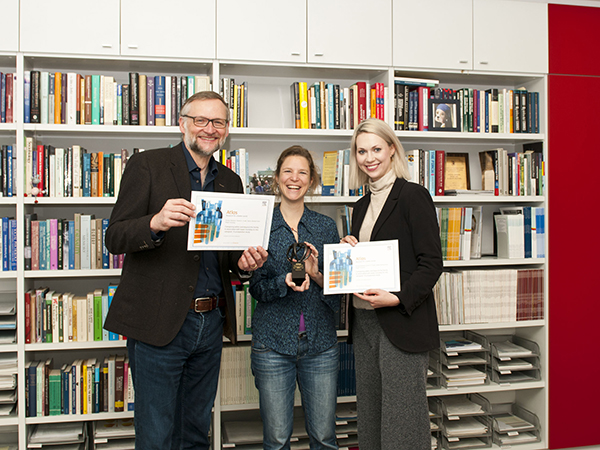 About Evolution and Human Behavior

Evolution and Human Behavior is the Official Journal of the Human Behavior and Evolution Society. It is an interdisciplinary journal that presents research reports and theory on human behavior from evolutionary perspectives. It is primarily a scientific journal, but submissions from scholars in the humanities are also encouraged. Papers on other species are welcome if they are relevant to humans.